You are here: Blog Modify Your Toyota Land Cruiser With These Body Kits 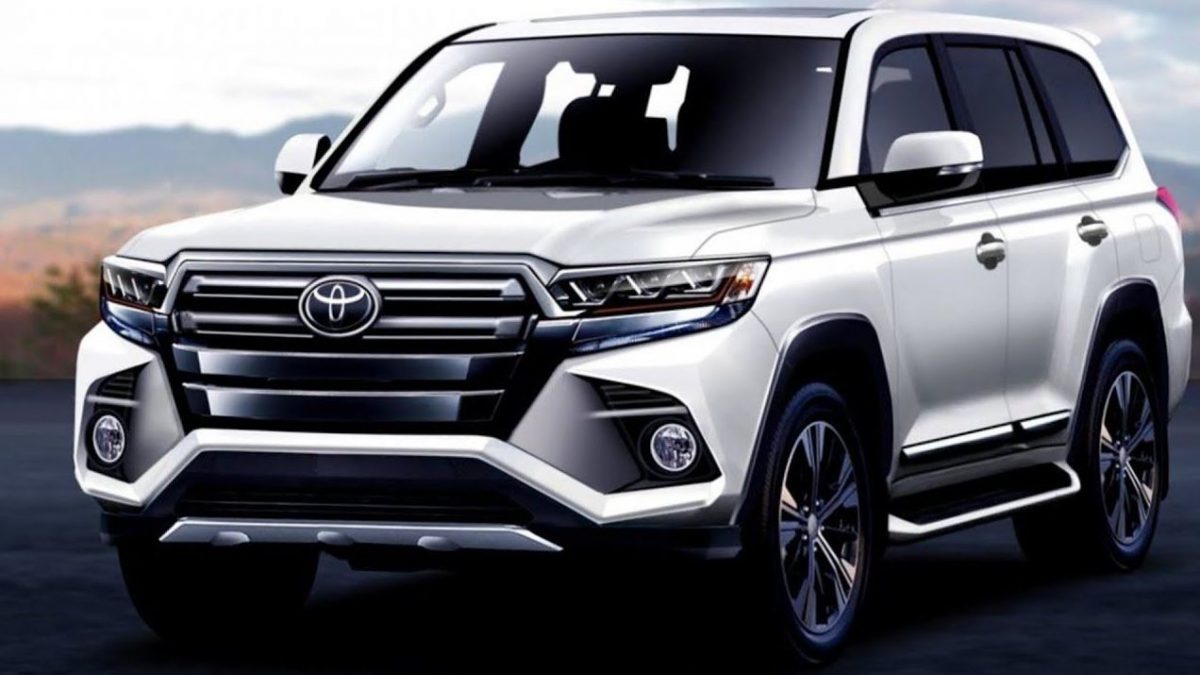 Before jumping right into the Land Cruiser body kits debate, let us drive you through the main establishments of the Toyota Land Cruiser. Toyota Land Cruiser is best known as the most luxurious SUV sedan in the whole of Pakistan. This extremely fabulous and popular SUV offers maximum luxuriousness along with utmost versatility that makes it the king of both highways and off roads. This remarkable feature is yet present in a few vehicles at this time and the Toyota Land Cruiser Prado is one of those elite selections.

Although the Toyota Land Cruiser Prado comes with great elegance and supreme grace within, it is an additional touch of sophistication to equip this fabulous piece of art with an additional set of body kit. A body kit can not only give enhanced looks but can also provide more strength to the vehicle.

In order to keep this factor in mind, we have compiled a list of various extraordinary body kits that can surely boost up the looks of your Toyota Land Cruiser Prado. 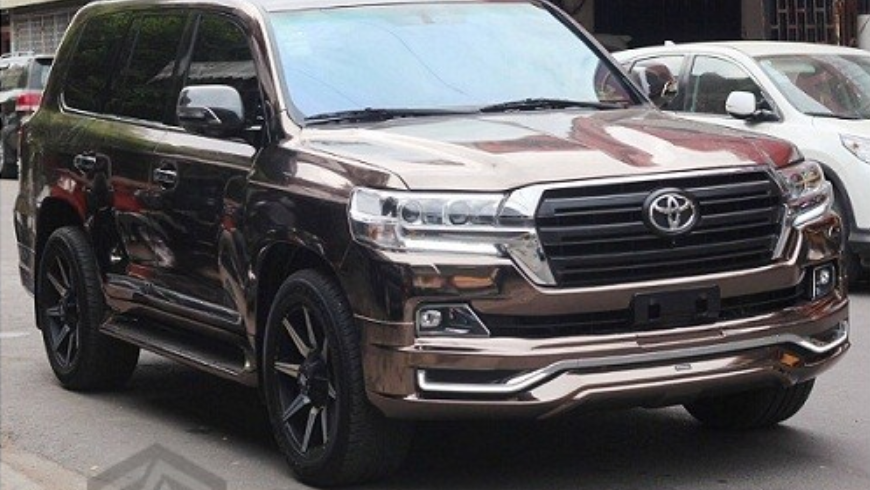 Talking about the details of this body kit and starting from the front, the Modellista style body kit may look quite similar to the original factory-attached body kit, but when you will run a detailed analysis by yourself, you will then indicate where the actual details persist.

Starting from the top, you can get a smooth, fully covered and armoured, horizontal grille bar for the air intake for the radiator, when coming down towards the bumper, we can see that there is a unique design that flows beneath the grille. The curves are very well defined and the edges look supreme. The fog lamps included in this body kit carry their own distinctive and prominent shape that is surrounded by chrome covers. On the very bottom of the bumper, we can see a set of LED DRL lamps that completes all the requirements on the front side of your SUV.

Now talking about the back, the approach is indeed very subtle and hidden. It looks like that the power is being held back by the shield of simplicity. With great curved designs, a black tow hook is also present in the centre of the rear bumper in case of an emergency. It can usually be utilized to attach a totalled car that needs to reach its desired destination.

Talking overall, this body kit can be preferable for those who need a silent wolf approach for their Toyota Land Cruiser Prado. The Toyota Land Cruiser Elford Style Body Kit gives more of the Modellista style body kit looks but in an enhanced way. We can surely state that it is an upgrade to the body kit that we have enlisted on the top of our list. This time the body is bulkier, the strength is better and the looks are more prominent.

Starting from the front bumper, an attractive strip of LED lights are located just beneath the front grille. With an interval of body-matched bumper structure, you can witness a considerably huge black mesh that allocates a fair amount of air intake towards the engine compartment. You can also catch a glimpse of 5 LED lamps on each side beneath the traditional fog lamps.

The splitter on the front has been increased in its length and has become wider and more attractive. This aspect increases its prominence on the streets quite much.

Talking about the sides of the bumper, we can see a progressive chrome bar that starts from the front door and extends to the back. It has been finished in silver for a better ridgy visual. You can also see side steps beneath those chrome bars. Those side steps will not only improve the visual quality of your Toyota Land Cruiser Prado but will also provide suitable aid when climbing inside your SUV. 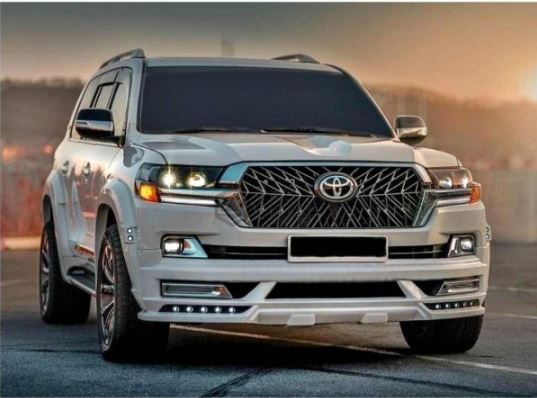 Biggest and most brutal of them all, the Toyota Land Cruiser FJ200 Wald Style Body Kit represents the ultimate strength and an extraordinary brawn and brings up the true potential of this enormous SUV. The front and the back sides are very distinctive, and it can easily dominate even a Toyota Land Cruiser of the same model when standing side by side.

Starting from the front end, this massive grille continues its exhibition to the lower side of the bumper. There are massive edges with sharper margins and build that helps to make your SUV exceptional. We can see the same traditional fog lamps but one thing that seems interesting is the presence of LED strip lamps beneath the fog lamps. The fun does not stop there, you can also witness 5 more LED lamps just right under those LED strips. This combination of an extra set of lights definitely makes the Toyota Land Cruiser Prado look astonishing both in the time of daylight and in nightlight.

Talking about the changes on the rear end, the Toyota Land Cruiser FJ200 Wald Style body kit brings the same expansive looks just like in the front. Talking about the rear bumper, there is a visible extension to the lower side. You can also see a fine trim of the chrome bar with two huge openings on each side of the bumper. There is a completely blacked-out diffuser in the centre with an additional brake light right in the middle of the bumper for a prominent display of caution sign in the nighttime. 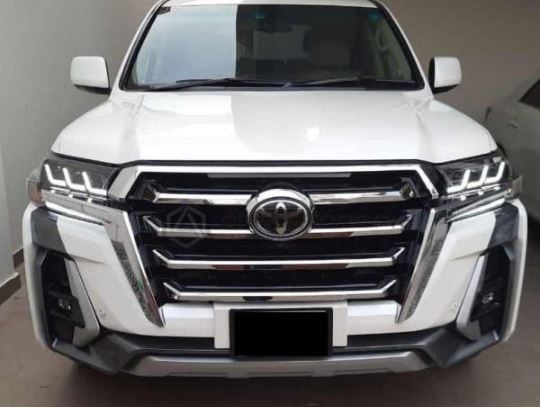 There is a special reason to keep this surprise in the past for you. Only one reason will be enough for you to consider this magnificent monster as a deal-breaker. The reason consists of nothing more than just the amount of stiffness, strength, boldness, and the potential it can represent in your Toyota Land Cruiser Prado. With this beast equipped, you can ride on the streets just like a kind walks in his garden. The insane muscularity this body kit brings to your Luxurious SUV is unmatchable.

Talking in a more detailed aspect, this enormous Toyota Land Cruiser FJ200 Limgene Style body kit consists of huge chrome bars placed horizontally at an equal distance across the grille. The massive Toyota emblem rests in the middle. The grille unconventionally extends to the lower side of the SUV, carrying on the same muscularity it established on the top.

The fog lamps are also modified heavily and with an immense amount of detail. The details continue from the side of the bumper and emerge to the centre, just beneath the number plate.

Therefore, by having just a single look at this brawny beast, you can easily judge the actual power and strength of your Toyota Land Cruiser.

These are our top picks for the best body kits that go perfectly with your luxurious yet aggressive Toyota Land Cruiser Prado. Due to the massive production and a number of duplicates revolving around the market, it is hard to differentiate between which body kit is genuine and original and which one is not. Therefore, we always recommend you to go for an authentic auto store for the best products, just like autostore.pk. Autostore.pk is widely known as the genuine and authentic automotive aftermarket parts store that only distributes original aftermarket accessories in market-competitive prices.