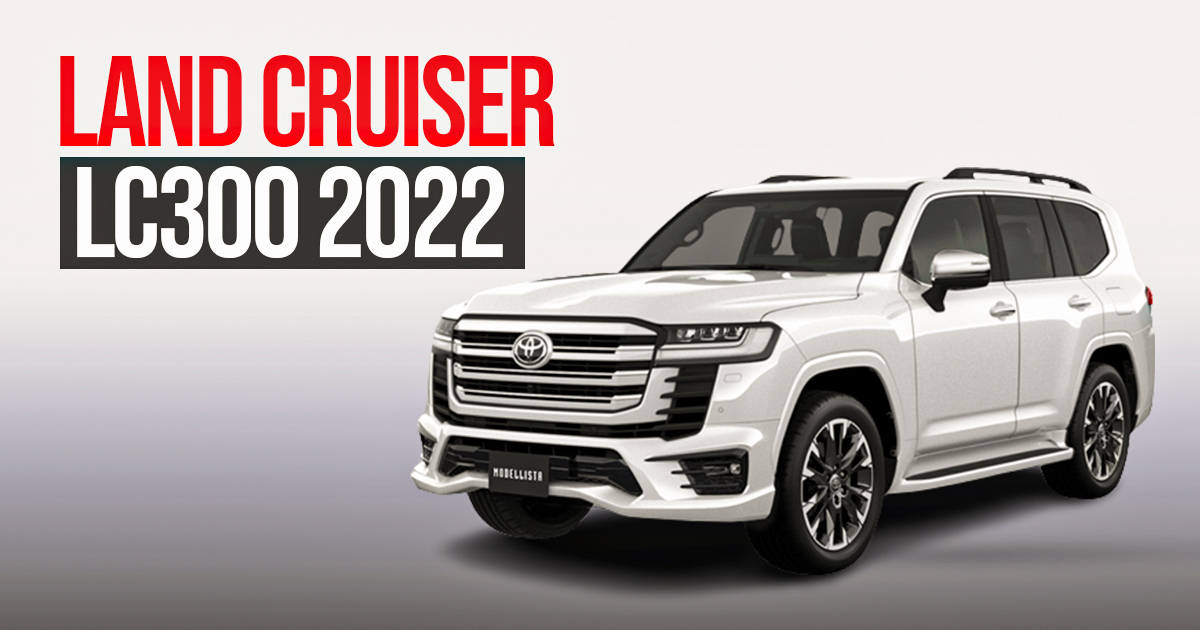 Toyota has unveiled its latest generation of the Toyota Land Cruiser LC300 2022. Unlike its predecessor, the new LC300 model comes with a new look and a V6 engine. This article will discuss its interior, exterior, and safety upgrades. Here are some of the highlights of the new Land Cruiser LC300:

The overall exterior design of the LC300 isn’t that dissimilar from its predecessor’s. But its most notable feature is this massive chrome grille that appears more frightening in a good way. The new grille has four awe-inspiring slats and is larger than the one on the LC200.
The grille is black and is replacing the chrome one in the GR Sport version. However, it doesn’t have the luxury appeal of the Land Cruiser 2022. Instead, Toyota engineers have redesigned the body of the New Toyota Land Cruiser LC300 to improve off-road performance and increase comfort.
The suspension was extended by more than an inch, and the steering was integrated with AVS for increased steering stability. As a result, the driver will be impressed with the smoothness and handling of the new LC300.
Toyota has also increased wheel articulation to improve off-roading performance. Also, a new electronic controlled version of KDSS (Kinetic Dynamics Suspension System) is now available, which adjusts the connection between the anti-roll bars.
There are soft LED headlights that work in the daytime. A facet curtain surrounds the grille, and the bumper incorporates the massive skid plate with a color that matches the body. There are small fog lamp housings on both sides. The taillights have also grown by a few inches.

Although it may somewhat look like its predecessor from the outside, enter it, and you’ll be in awe of its new features. The cabin has been subject to massive changes.
It has a new dashboard that houses a standalone 9.0-inch touchscreen for infotainment, which is typical. However, customers can upgrade to a 12.3-inch screen. Both screens connect to Apple CarPlay and Android Auto integration too.
Other features include wireless charging for smartphones and 360-degree digital cameras.
Additionally, a head-up display with a powered tailgate is also available. An electronically adjustable steering wheel for an air ionizer and an authentication system using fingerprints.
You can add more accessories to your car at the best price in Pakistan by visiting Autostore. Moreover, you can buy original body parts and kits with secure payments and a money-back guarantee.

The TNGA platform underpinning the new Toyota Land Cruiser 2022 is an essential step toward making the SUV lighter and more efficient.
The new platform will save the vehicle a 200 kg curb weight and make it 10 percent more efficient on CO2 emissions.
In addition to this, the new Land Cruiser LC300 will also feature a twin-turbocharged 3.3-liter V6 diesel engine. At a 305 bhp with 700 Nm of peak torque.
The new architecture features a ladder-on frame chassis made of new high-strength steel to improve stiffness.
Additionally, Toyota has fitted the new Land Cruiser with an extra advanced Multi-Terrain Select system. Which now features Deep Snow and Auto modes.
Its Multi-Terrain Monitor system incorporates an under-body camera. Additionally, a new Crawl Control system helps maintain the vehicle’s speed when you’re off-roading.

The car internationally was launched in June of 2021 and has now reached Pakistan. The initial tentative land cruiser price in Pakistan is Rs. 72,499,000. However, you can book it with a partial payment of Rs. 30,000,000.