You are here: Blog New SUVs To Look For In Pakistan

In the past couple of months, the Pakistani automotive industry has been flooded with a new era of SUVs. With ranging with all sorts of forms, shapes, and sizes, the SUVs has conquered quite an era starting from 2019, going through 2020 and still making its way around 2021.

Being one of the most sophisticated, luxurious, and versatile vehicles in Pakistan, they have been considered one of the most favorite choices of Pakistani consumers in the past few months. With the remarkable features and amazing technology along with premium comfort, the SUVs did not find their way hard to settle into the Pakistani market.

It was back in 2019 when KIA first started to established its roots back in the soils of Pakistan. The vehicle that they choose for their re-entry was no other than a compact SUV, Sportage. We have witnessed a few old generations of Sportage in Pakistan back in the 2000s, but this time, it was a complete revolution that grabbed the attention of Pakistani automobile consumers within no time. KIA Sportage brought a revolutionary design with unique perks and features with good customer support. These all specifications were more than enough to hook the attention of any car enthusiast towards this new masterpiece.

KIA Sportage dominated the SUV market in Pakistan without any competition for a whole year. In August 2020, Hyundai decided to compete with the Sportage, and for that, they introduced their compact SUV, Hyundai Tucson. Hyundai Tucson gave a tough time to the KIA Sportage as it had some better specs and features at the comparatively same price. Hence, The rivalry started.

Although the competition was tough these two rivals had a short time against each other. After a few weeks, a relatively new brand in Pakistan, MG, introduced their compact SUV, MG HS, to the Pakistani market.

The launch of the MG HS brought chaos to the market of compact SUV and its predecessing rivals, i.e. KIA Sportage and Hyundai Tucson. The MG excelled in terms of quality, performance, and features. There were a lot of perks in the MG HS as compared to the KIA Sportage and Hyundai Tucson. The only thing that was lacking in the MG HS was poor customer support along with an introduction to a newer brand. These things made the people think twice about going for MG HS and hence, dropped this beast in a fair competition to its rivals.

As the prices of these compact SUVs were very strictly maintained against each other, all of these three lied in the very same category in terms of budget. You can get your favorite SUV within the price tag of 5.5-6 million PKR.

With these models covering this category, there were also some high-end SUVs that provided more value than these basic ones. The majors in that category are KIA Sorento and Toyota Fortuner. Both are marvelous high-end crossover SUVs with a bigger and better engine, performance, and comfort. KIA Sorento has recently been launched in the Pakistani market, whereas the Toyota Fortuner is an old player. However, we can compare the KIA Sorento with the latest 2021 model of Toyota Fortuner as both of their prices are relatively equal. 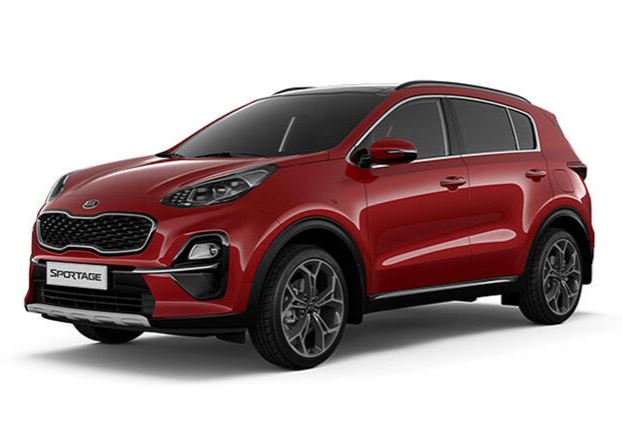 We are starting off with the first one to launch, KIA Sportage. This crossover SUV laid the foundation of the uprising trends in Pakistan back in 2019. With super stylish looks, amazing features, and superb comfort, this crossover took no time in conquering the Pakistani automobile consumer market.

Although one of the reasons for its quick selling was the latest attributes, the other factor that made KIA Sportage 2020 sell like hot cakes was its design. Its design is quite familiar to Porsche’s crossover SUV, the Porsche Cayenne. This means owning this crossover also gives you the vibes of driving the Cayenne, which was a thrill on a lower budget. Kia Sportage interior also reflected a unique and distinctive look that also came to the attention.

The looks were revolutionary (for the time it was released), and that is why people were attracted to it in a short period. The design was quite futuristic and what like never witnessed before. The front and the back design adopted the craze of the era that attracted a lot of attention. 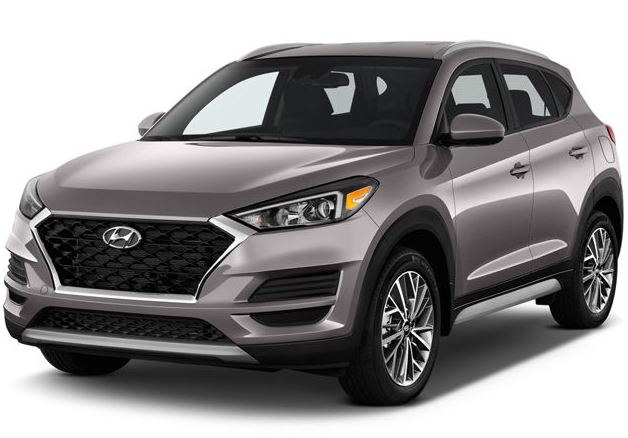 Although the Hyundai Tucson exceeded the expectations and offered a lot more features than KIA Sportage, the major downfall was its name and repute in the Pakistani market. Hyundai stepped off the grounds of the Pakistani market after having their reign of Santro and older Sportage. No one has ever heard of that name since. It was known that there were some disputes between these companies that resulted in such a long delay. But now as Hyundai Pakistan has returned to the Pakistani market, it now has a long journey to cover. 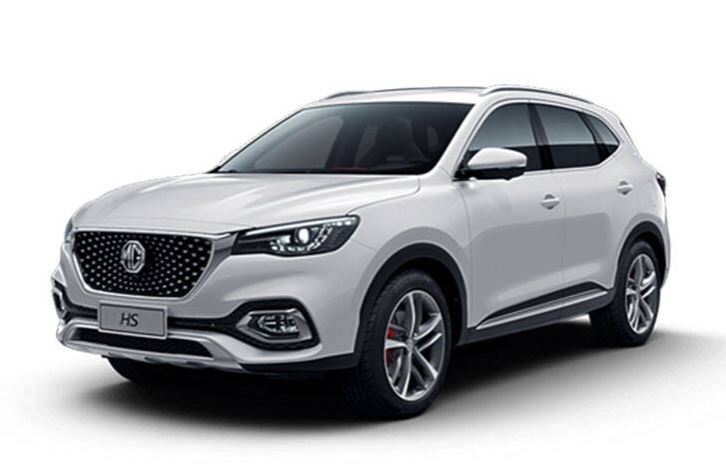 MG HS is the third famous entry in the line of crossover SUVs after the KIA Sportage and the Hyundai Tucson. This UK brand, MG, brought a significant change in the Pakistani SUV market and made itself a whole new place between its competitors. The MG HS offered the most premium and luxurious interior, an amazing cockpit with brilliant features, and the latest technology. The interior was no match with the KIA Sportage 2020 and the Hyundai Tucson Pakistan. The same story goes for the exterior as well. The exterior of the MG HS has been designed amazingly well with the advanced shape and revolutionary design. The grille offered a ‘galaxy’ outlook while the headlights were exceptional. The same thing goes for the side profile and rear end as well. The design was extraordinary, and it looked like the MG really worked hard and smart on this one.

The only drawback that MG HS currently faces is its name and popularity in the Pakistani market. MG has been previously known as a brand based in the UK that has now been working under the ownership of SIAC group of automobiles, China.

Although MG is a powerful brand whose name is recalled with the most popular group of automobiles in the UK, however, it will be a little hard for MG to establish its roots in Pakistani soil. 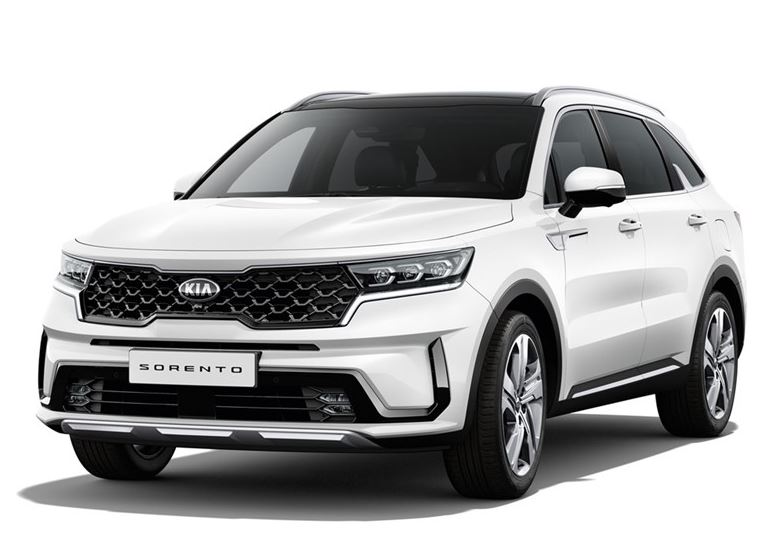 Although the fight of the crossover SUVs is around 6 mil PKR, there is also a class higher than that. The game of SUV is on another level for the people who have their passion for SUV on another level. There is another class for those who demand a bigger size, more strength, more performance, and more comfort but still want to adopt the ideal crossover SUV. For a lesser bulkier approach than a full-size SUV, KIA presents their premium crossover, The KIA Sorento.

KIA Sorento can be called the ‘big brother’ of KIA Sportage who was brought to the field by his younger sibling as the fight was getting tougher. The KIA Sorento offers everything you can expect from something ‘more’ than just inside a Sportage. It has a premium finish, a larger, wider body, front galaxy grille, piano black, and chrome finish throughout the chassis along with a rich and well-equipped interior. The tone is very rhythmic inside the Sorento. Everything feels to be following a pattern without anything looking absurd. The interior work has been done marvelously along with the exterior build, design, and shape; which is fantastic.

Although this crossover SUV is a ‘stepped-up’ game for the SUVs section, it also costs a lot of money as well. A KIA Sorento can start its base price from around a whooping 9 mil PKR in Pakistan. 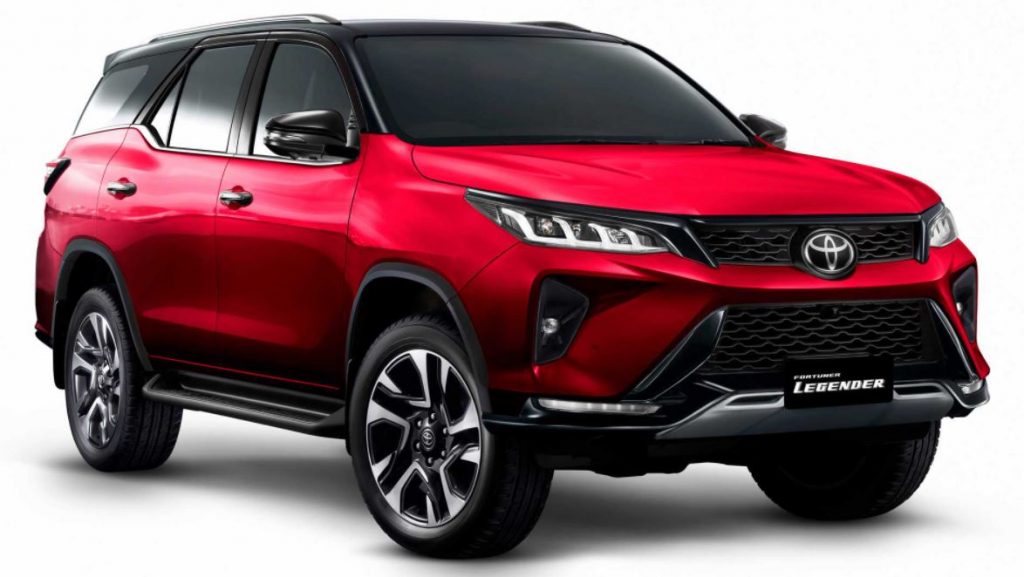 Last but not the least, we will finally talk about the one and only, Toyota Fortuner which had its first model launched in Pakistan in the year 2016. It is a relatively well-known model in Pakistan which can also be considered in the scope of high ranged crossover SUV.

A bigger body with considerably good ground clearance makes the Toyota Fortuner very versatile in terms of mastering every type of terrain. Not only the height, but the ultimate and distinctive shape of the Toyota Fortuner also made it a favorite choice for Pakistani car enthusiasts.

The exterior shape revolutionized throughout the recent years and now we have a unique style that everyone praises. The special aerodynamic cuts along with an aggressive front and back make this thing out of this world.

This crossover SUV can be seen throughout Pakistan in a variety of scenarios. People have them as their daily driven SUVs. The muscular and bigger looks of the car make it special and distinctive from others. Other than that, we can observe its presence in the rally and offroading race competitions. People preferred this because of this good ground clearance and made it a special choice for such events.

Making it completely versatile and continuing its great legacy, if you are looking to find yourself a premium SUV in competition to the KIA Sorento, this can be the beast you should be looking for.

We have detailedly combined the list of the new SUVs you should look for in Pakistan. Every crossover SUV has its own perks and features along with some drawbacks. There are SUVs 3 present in the budget-friendly category and 2 in the premium category. Now it is up to you to decide which one suits you the most, which serves the most of your tasks, and gets more of the job done.