You are here: Blog Give Your Regular Toyota Corolla An Aggressive Look From Rear 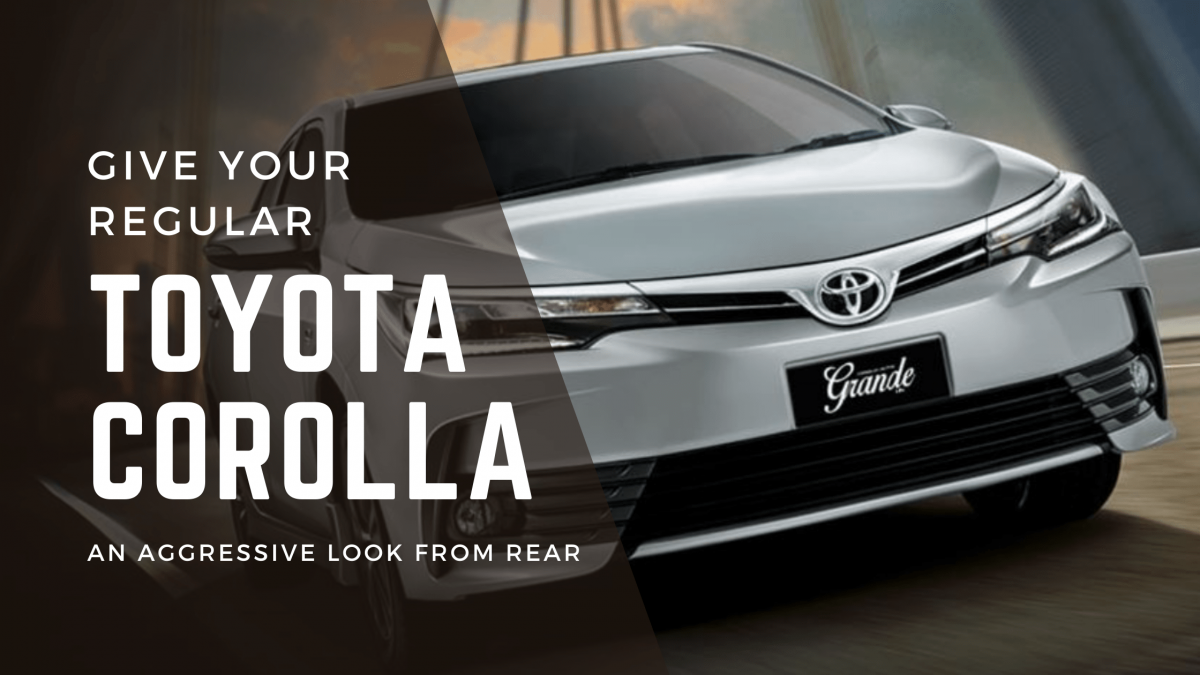 The infamous Toyota Corolla, by all means, is the best and top-selling luxurious 4-door sedan in Pakistan. With an enormous demand, Pakistani car enthusiasts readily grab the latest model as soon as it gets released in the market. Toyota Corolla is also known for its easy and affordable parts available along with easy service and aftermarket maintenance. That is the fundamental reason why Toyota Corolla Pakistan is so popular amongst automobile enthusiasts.

Although the latest model has been designed very well from the front end, the rear end of the Toyota Corolla does not deliver the same sporty and aggressive looks as compared to the front face.

Talking about the front end, the front of the Toyota Corolla comprises a giant emblem in the middle of the front silver grille. That grille is dropped down further, covering the front bumper along with the stylish fog lamps. This whole package completes the front looks of the sedan pretty well.

But when it comes to delivering the same aesthetics as the front end, the Toyota Corolla gives out a flat rear bumper with no additional car accessories that can contribute to the looks (except the rear aggressive taillights).

However, we proudly present you with certain aftermarket car accessories that you can readily apply to the rear bumper of your Toyota Corolla to make it more sporty, aggressive, and appealing. 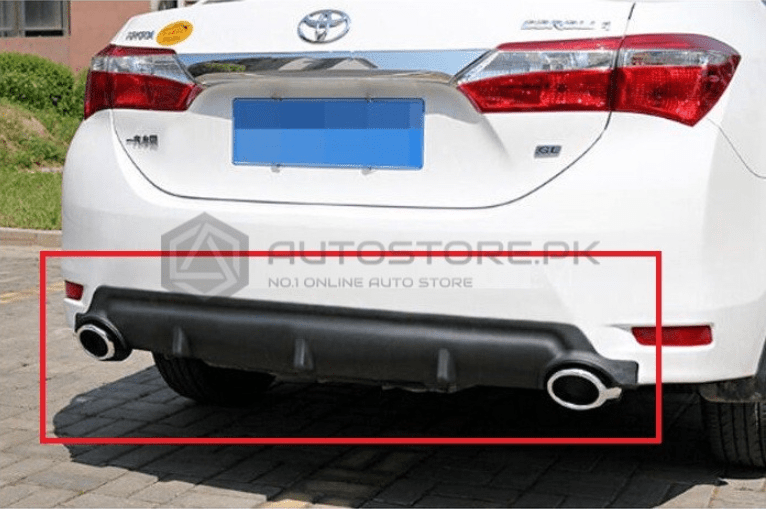 First on the list goes by the name Toyota Corolla Dual Exhaust Bumper Diffuser for your sedan. As the name itself goes, this dual exhaust bumper diffuser serves a lot of different purposes when applied. It is a versatile car accessory that serves as both a rear bumper as well as a rear diffuser. It is a combined package that enhances the sporty look of your Toyota Corolla.

This external aftermarket accessory features two distinguished, huge, bold, and chrome-plated exhaust pipes on both ends along with a decent amount of detailing in the middle. The chrome garnishing is being carried out throughout the rear diffuser that gives a completely outclass look, making things more aggressive and sporty. 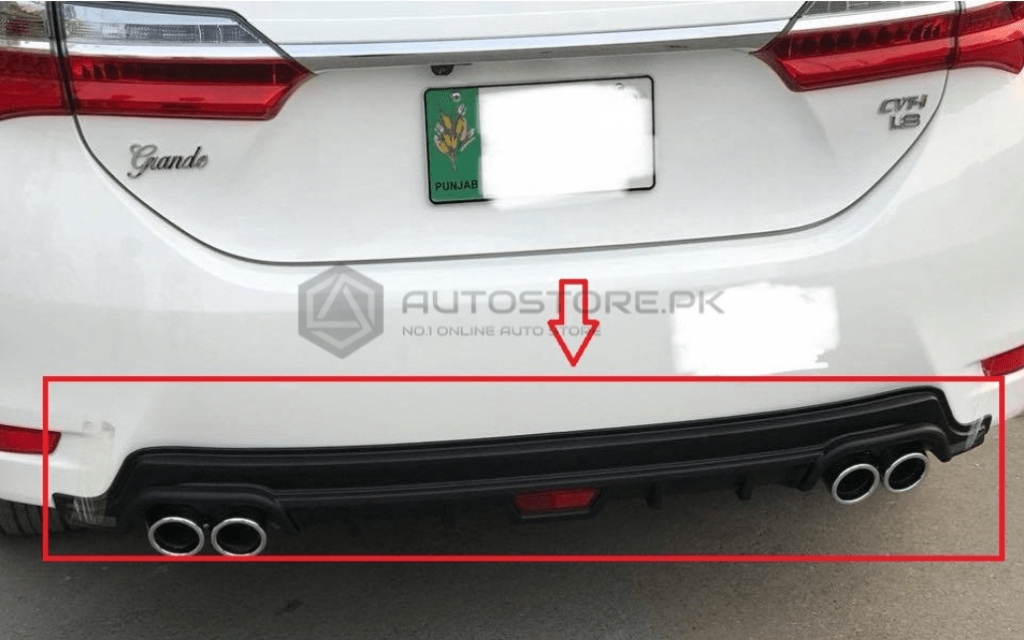 This car accessory features a blacked-out diffuser with a pair of exhaust pipes on both ends. The exhaust pipes are just for show but they do provide quite a realistic touch to the car. There is a red reflector in the center of the diffuser to aid the traffic behind your Corolla at night.

With your purchase from the auto store, you can grab the best deals for both of the diffusers for your Toyota Corolla.