You are here: Blog How To Convert Your Old Vigo To Revo 2021 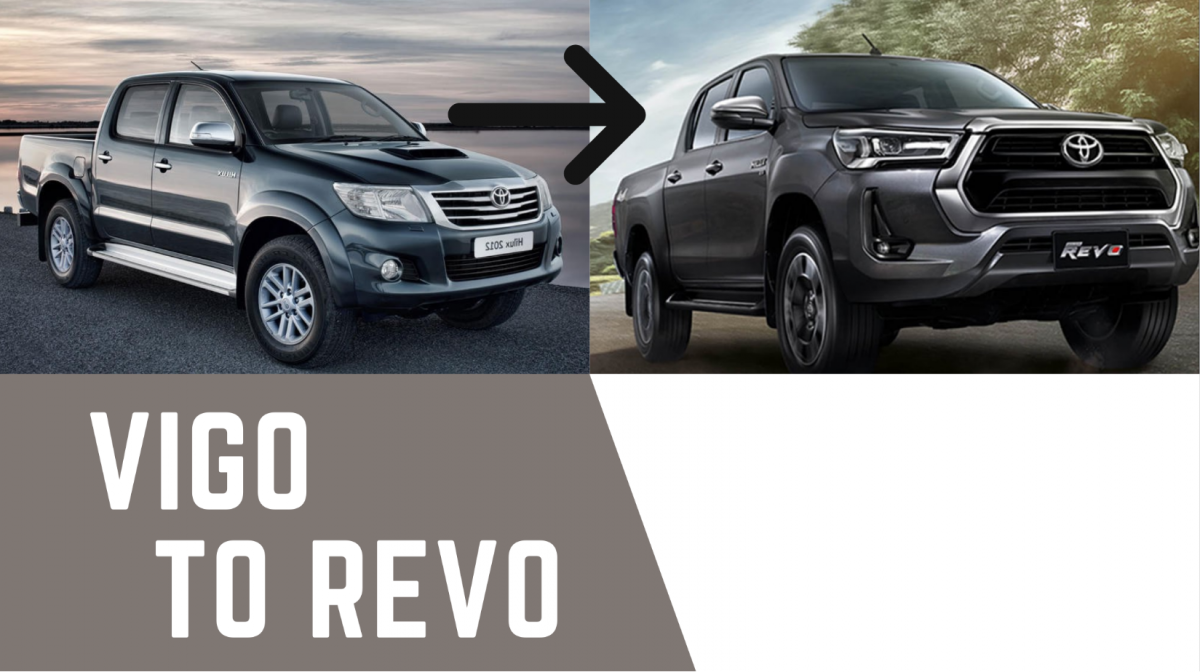 It is the summer season now. And yes, it is the time when pure car enthusiasts, especially the lovers of Vigo and Revo, take out their raging 4×4 offroading monster into a variety of terrains, varying from dark, deep forests to hot and burning deserts. That’s right, We are talking about the powerful all-terrain monster that Toyota created, the Toyota Hilux Revo and the Toyota Hilux Vigo.

These offroading pickup creations from Toyota have a unique name embarked on the history of Pakistani offroading car culture. When it comes to being the offroading authority to conquer a variety of lands within this country, the Toyota Hilux gets this job done very well. With extreme offroading features with a huge cargo space with pure comfort and reliability, Toyota Hilux can be called the ‘crownless offroading king in Pakistan”.

Talking about the two variations Toyota has offered us to avail for their Toyota Hilux division. One is the older Toyota Vigo that ruled the Pakistani land for decades and the newer introduced version is the all-new Toyota Revo, same as the Hilux Vigo but with better shape, better performance, better luxury, and better everything!

Although the new Hilux Revo is a tempting machine for car enthusiasts due to its insane shape, style, and performance, even the old Vigo owners get their mouth-watering when they get a glance at the new Toyota Hilux Revo.

The looks and style of the new Toyota Hilux Revo are very appealing, that is why the old Hilux Vigo owners also try to achieve that shape for their Hilux Vigo as well. That is why we present you with a complete collection of aftermarket accessories that will make your Toyota Hilux Vigo look like a Hilux Revo within no time.

Our first product in this category is none other than the full-on conversion of Hilux 2016 to Revo 2021. The extreme engineering of remarkable and appealing visuals uplifts the whole game for your old Toyota Hilux. We offer a complete Revo 2021 package that includes headlamps, taillights, fog lamp cover, front bumper, front grille, and fog lamps. 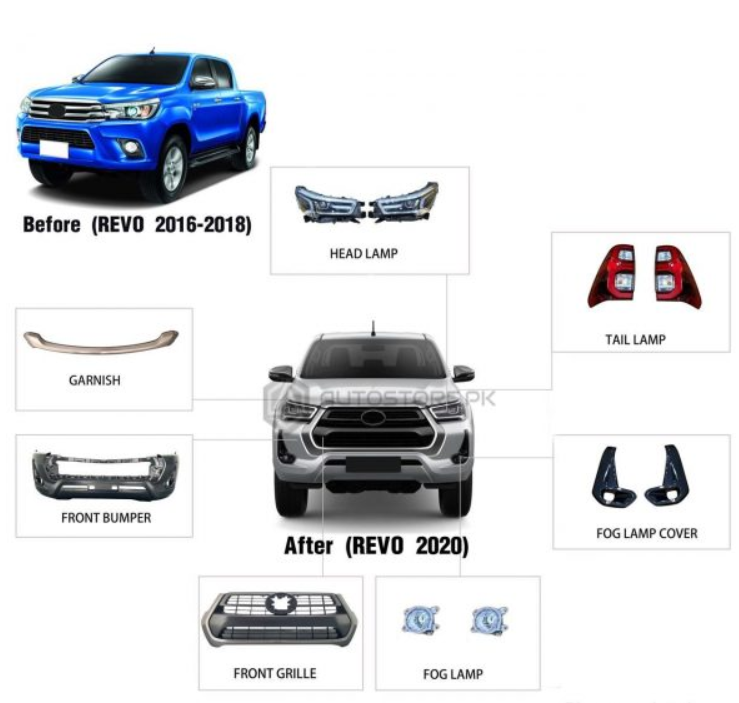 Toyota Hilux Revo comes with a great pair of beautiful and attractive tail lights, that is why our body conversion kit offers the same set of tail lights as well. The rear lights are attractive as well and covered with red Lava-covered lamps to increase the visual beauty of your Toyota Vigo. Although this setup taillight is quite expensive when you decide to purchase it as an individual component, you will get it for a reasonable price if you buy this whole conversion kit

The next aftermarket car accessory that comes right after the headlights and tail lights is the distinctive and prominent front grill for your Hilux Vigo. The Toyota Hilux Revo 2021 offers a very special and unique front grille that makes it stand out from the rest of the Hilux Vigo and Hilux Revo models. You can witness a large Toyota Emblem on the front end with pure chrome garnishing around the edges of the front grill that enhances its prominence on the streets.

With almost all the front parts covered in this conversion kit, the final touch-up is added by including the LED fog lamps and their cover. The fog lamps are LED lamps that elevate the looks of your Toyota Hilux Vigo along with the fog lamp cover that comes with a piano black coating that increases the visual aspect as well.

This complete conversion kit is expensive and hard to find in both online stores and local marketplaces, that is why we, autostore.pk , are offering this kit at a ridiculously low price with the highest quality.

The headlamps offered in the previous models as the base variant for Toyota Hilux were not quite attractive and appealing to the consumers. It did not gain the reputation it deserved so that is why the new Toyota Hilux Revo featured a completely changed and improved set of headlights. However, the key fun factor was still missing in the factory-equipped headlights. 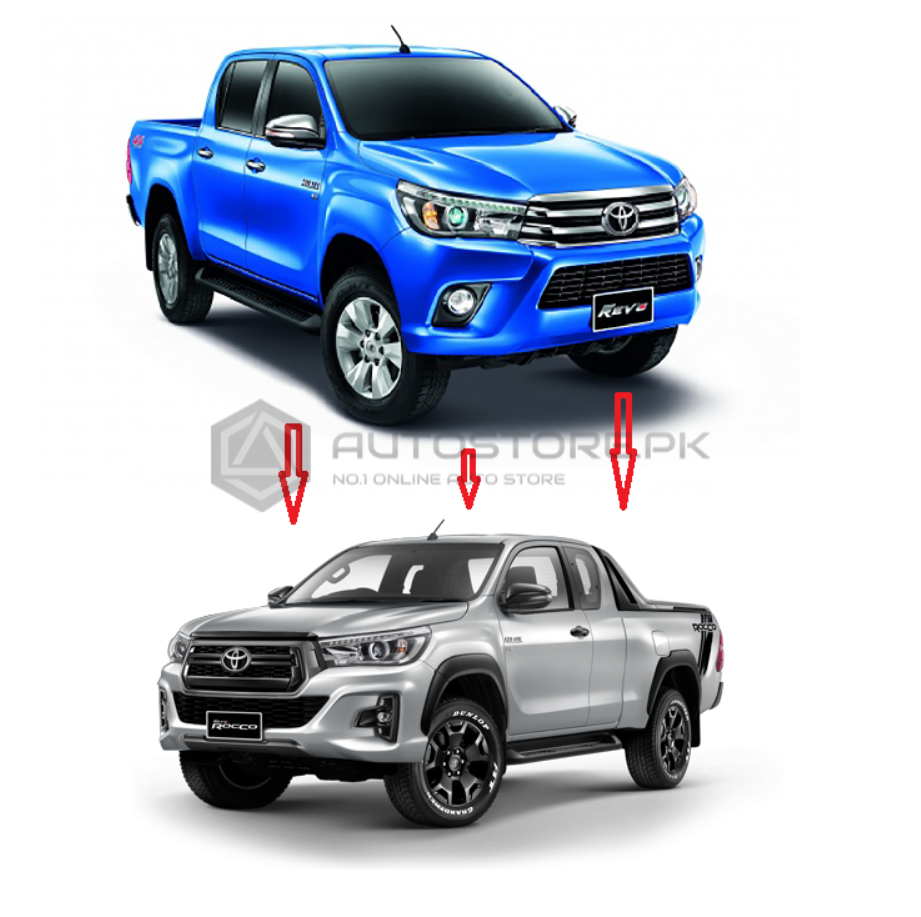 Its overall structure makes this set of headlamps attractive and demanding in the aftermarket accessories world for Toyota Hilux. 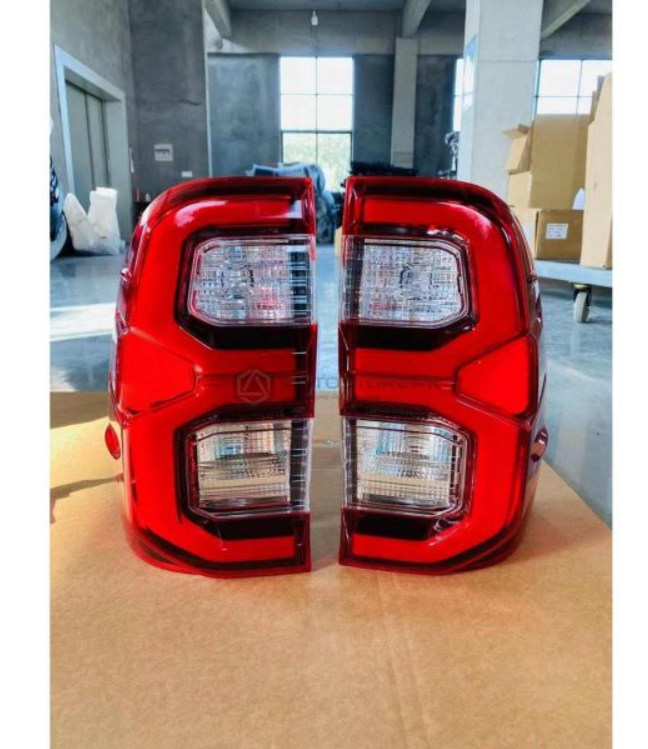 This set of tail lights may look completely flat in the daylight but when it comes to starting the game under the moonlight, this set completely nails it. This set of Black Knight lits up uniquely. LED strip lights uniformly throughout the tail light, completely covering the outer edges why the inner space is reserved for indicator and reverse lamp.

Another one of the prominent ways to convert your old Toyota Hilux Vigo into a better Hilux Revo or Rocco is to equip it with the latest facelift body kit of 2021. This facelift serves as a prominent distinction for your older Vigo and helps you attain a revolutionary shape that dominates the streets. The package comes with a hefty amount of accessories that uplifts your regular Vigo to a prominent extent.

The detailing starts by highlighting the modified front bumper. The front bumper features a good combination of adding the blacked-out adjustment to it for good exposure. The grille offers a chrome bar on the top of the Toyota’s emblem that gives a premium finish. This all set comes with a stylish set of fog lamps and its cover and hence, completing the whole set smoothly. 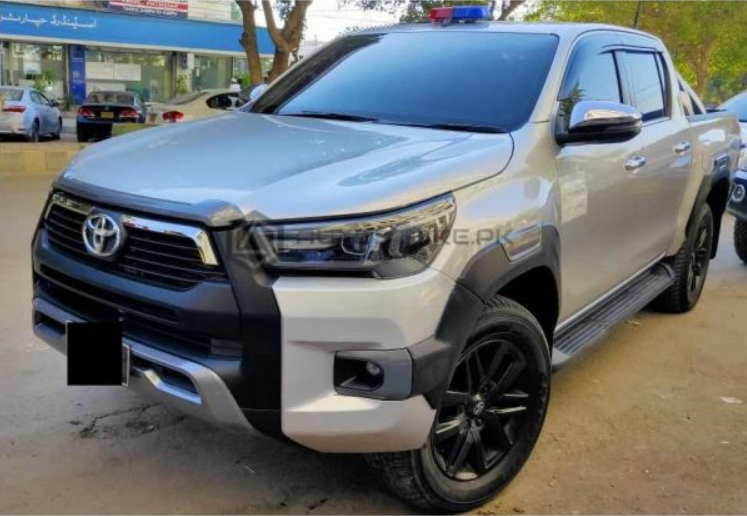 Other accessories include a set of tail lamps along with blacked-out fender flares, just to match the combination on the front along with various other fitting parts. These all feature items boost up the whole distinction of your Toyota Hilux Vigo on the streets.

Having your hands on such rare accessories that purposely serve with the highest quality along with the best price does not come so easily. It is hard to get your hands on such aftermarket uplifts that change the visual game of your car. That is why we recommend you purchase your desired aftermarket accessories from the only online reliable store in Pakistan i.e. autostore.pk. Autostore.pk serves as a liable one-stop shop for all your car accessories at a reasonable price.