You are here: Blog News Flash: New-Gen Suzuki Swift is Debuting in the Local Automobile Market Once Again! 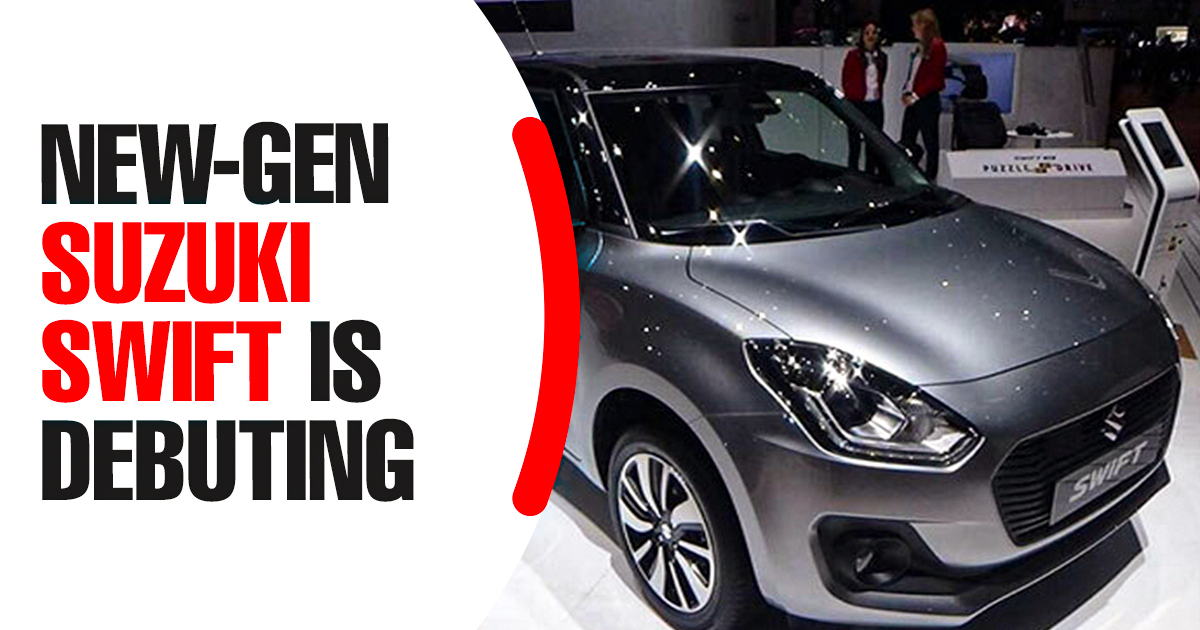 The automotive industry was battered by the pandemic worldwide. Other reasons compounding with the pandemic hampered the sales of second-generation Suzuki Swift, ultimately leading to Pak Suzuki discontinuing its production in August 2021. But guess what?

Pak Suzuki Motors Company limited, an affiliate company of the renowned Japanese Suzuki, has announced the comeback of the 4th generation of Suzuki Swift in Pakistan. The launch date has not been confirmed yet, but as the rumors have it, it’s going to be soon.

While we do not know the launch date for sure, we have received some confirmatory evidence for you that the new Suzuki Swift will not be your run-of-the-mill conformist hatchback like the seasoned age swifts – it is all revamped and remodeled. However, the sad part is that this remodeled fourth era of Suzuki swift is already selling globally. Pakistan is a late greeter.

Let’s itemize the hatchback inside-out, bit-by-bit, for our readers.

The two variants expected to launch in Pakistan are:

In line with the current market trends, these variants are estimated to be priced from 2,700,000 PKR (excluding freight, taxes, and other documentation charges)

While the hatchback retains its legacy of compactness, the new Suzuki Swift has a remodeled appearance package that will potentially excite the buyers. New Visual items on the front fascia include projector headlights, DRLs, and a characteristic tiger-nose chrome grille. The electronic side mirrors are heated and retractable. The rear fascia features a pair of LED taillights and other adjustments that were amiss in the previous era. The exterior is surely a win from our side.

The immediately noticeable enhancement in the interior is the speckles of silver lacing a few interior items like the center console, gearbox, and the leather-wrapped steering wheel that can be tilted and telescoped and has mounted controls.

The 5-seater can easily accommodate five adults in a 2+3 seating layout (of course), has plenty of cubbies, and a sufficient boot space that can be amplified with a 60:40 split.

In our opinion, the hatchback has only a few interior features to mark it above its competitors, but that can possibly be remedied through careful selection and integration of car accessories from online/offline platforms.

The powertrain configurations available for the 4th era of Suzuki Swift are many worldwide, but we are expecting Pak Suzuki Motors to launch a KB12 1.2-L engine with 1000cc motor capacity and a mileage of 14-16 KM/L.

Guessing from how the Suzuki Swift sales dwindled around the time the second generation was discontinued, we expect a well-thought entry this time with a lot of refinement. Once the hatchback is officially launched, we will get into the nitty-gritty details for our readers. For now, it’s safe to say that the latest Suzuki Swift would not disappoint – keep an eye out for it!