You are here: Blog How do Car Alarms and Sensors play a vital role in the Security System in Pakistan? 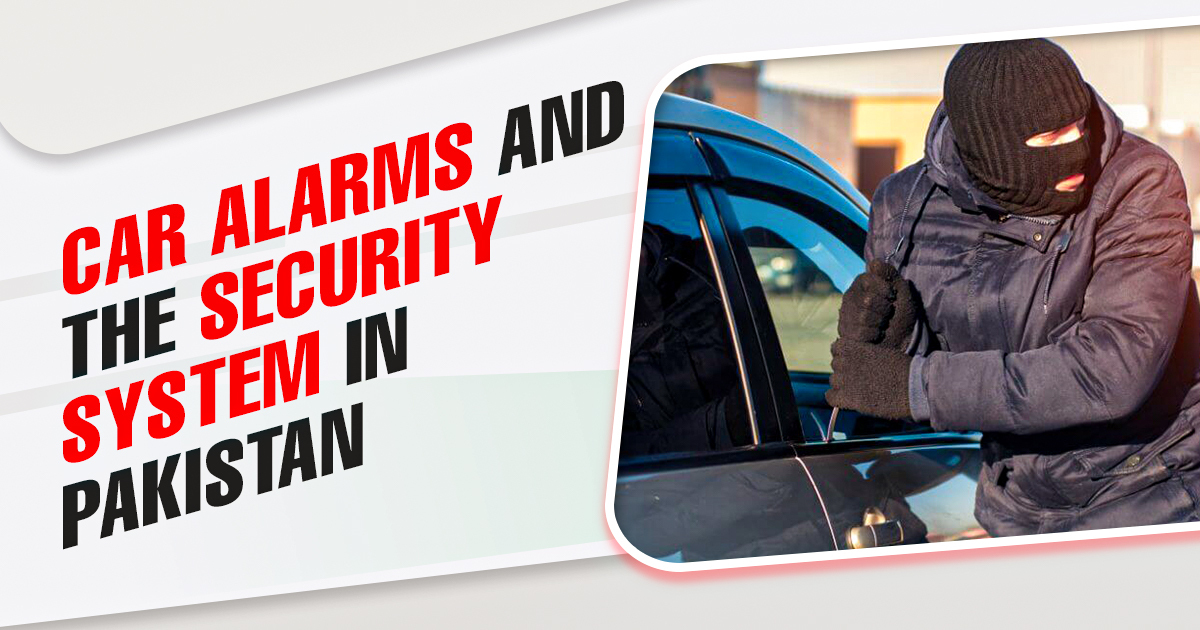 Your car is surely one of the most prized possessions you own! You must have worked pretty hard, saved a lot, and then got the chance to buy your dream car. The responsibility of keeping your vehicle safe at all times lies on your shoulder now! Gone are the times when the car owners had to spend hours in workshops to get their vehicles tuned or repaired. Now, with the technological advancements, numerous car alarms and sensory security systems notify them beforehand regarding some discrepancy in the car’s functioning. Even in Pakistan, car manufacturers have upped the security game quite a lot!

Why does your car need security?

The more time you spend with your car, the more you get attached to yourself. Ensuring its safety through an advanced security system will keep you at peace all the time. Your vehicle comes with several features and functions that keep it functioning for the longest possible time. Mostly, the driver is not well-aware of these functions, and when something goes wrong about them, he doesn’t even get to know about them. This is when the car security system comes in handy.

An advanced security system of a vehicle ensures the efficiency of the car’s working and turns off the alarm whenever something goes wrong. Rather than the problems piling up and eventually making it impossible for the car to move anymore, the alarm system lets the owner get the small issues resolved timely.

If you travel a lot and keep the car run at all times, you need to have the features up-graded and working to their greatest efficiency. With the car security system regularly monitoring the features and informing you regarding an ensuring problem, you stay safe from all possible mishaps.

What types of Sensors are used in Cars?

Modern automobile manufacturers in Pakistan have come up with numerous sensors that can easily be used in all kinds of cars. These sensors indicate an outsider trying to steal the vehicle and notify you when something is wrong with the car’s functioning. Where certain sensors check various kinds of car emissions, others monitor the efficacy of the safety features!

Basic sensors are a part of almost all the cars available in Pakistan. You don’t need to buy a very high-end and expensive vehicle to get the benefits of these sensors.

One basic sensor available in most cars moving on the roads in Pakistan is the engine speed sensor. The function of this particular sensor is to gauge the speed of the crankshafts. It does so in RMP the scale, also known as revolution per minute calculations. It manages the engine’s working and ensures to notify the driver when a problem arises. The crankshaft position, along with the car’s speed, is regularly monitored by it.

Another basic sensor used in cars is the fuel temperature sensor. Its function is to send information to the engine to enhance or limit the amount of fuel in work. This limit depends on the temperature of the fuel being used. This helps keep the car from over-hearing and any ensuing mishap such as engine illumination.

The responsibility to manage the car’s speed lies on the shoulder of this particular sensor. It monitors the voltage data from when the vehicle starts until it is pulled over. By detecting all the magnetic fields and measuring the contact voltage continuously, it ensures that the car’s speed is increased or decreased just as required.

If something hits your car, the shock sensors determine the impact of the collision on the vehicle’s body. It works in quite a simple manner but has the strong ability to even keep your car safe from outside invasions or theft. It detects the shockwaves that are created when something hits the window, or the door of your car is broken. A massive shockwave activates the sensor, notifying the alarm system to alert the owner through a siren.

The hood sensor is a part of most advanced cars, which helps save the driver from all kinds of mishaps and unfortunate events. It is an electric switch that remains close when the hood is open. However, the moment the hood closes, the button opens, warning the car owner while driving.

On the other hand, the door sensor uses a magnet and reed switch. Together they create a circuit, sending a signal to the monitoring system whether the door has opened or closed. This plays a prominent part in ensuring the safety of those sitting in the car.

How do Sensors and Alarms Do work in Cars?

Unlike popular opinion, car sensors are quite uncomplicated. Their work is easy to understand. The sensor receives a response from the alarm when it is switched on then turns off, letting the car owner know that something is probably wrong with the car.

When the sensors don’t detect anything improper or unusual, the alarm is still active but doesn’t make any sound! This means that everything is going fine, and you don’t need to worry about the well-being of your car.

Car sensors and alarms bring a great amount of comfort and satisfaction to the life of car owners. In Pakistan, the number of sensors being installed in cars is augmenting. Though, with more sensors, the overall cost of the vehicle also increases. However, it is a safe bet as it helps in minimizing all the chances of mishaps!