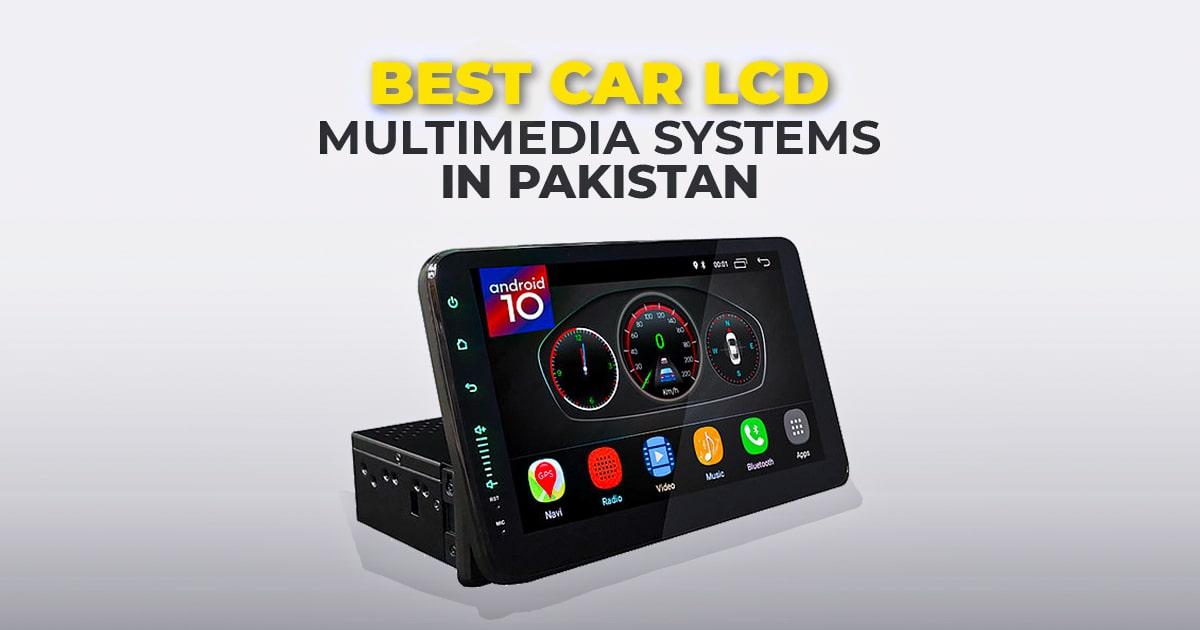 On long journeys or in city traffic, it gets difficult to pass time without some music. A good multimedia system comes in handy in these situations. However, when the system is not up to the standard and the car LCD is not responsive, it becomes more frustrating to pass time.

A multimedia system is a set of different equipment that adds up to deliver a single output. At the end of the day, it all starts with a head unit, commonly known as the car LCD screen. You can have the best speakers, amps, or subs. But, if the device that is transmitting signals is not on the point, the sound will not be great.

The question still stands,  What are the best car LCD multimedia systems in Pakistan?

Here is a list of brands that serve the best LCD multimedia systems.

Sony is the household name when it comes to electronics. The screen technology of Sony has always been on top of the game. Therefore, their LCD multimedia systems are considered a reliable product.

The model that I will recommend to you is the Sony XAV-AX7000. It comes with a 6.95-inch touch screen. The monitor is wired with Apple car play and android auto feature. Through this feature, you can display your phone screen on the car LCD screen.

On the other hand, it has a Bluetooth option along with 10- built equalizer and built-in crossovers. This makes the sound very crispy and clear. In addition, it has steering control options and a 45-watt RMS.  You can order this system online or can buy it from any merchandise.

Alpine is a well-known name in the car music system industry. The model which you should look for is Alpine iLX-207. This model has been in the alpine lineup for quite some time now. It is largely because of its performance and positive response from customers.

It has a 7-inch touch car LCD. Just like Sony, it also has wired Apple car play and android auto instead of a wireless one. Some of its highlights include Bluetooth, adjustable crossover,  built-in time alignments, series XM, and steering control. Plus, there is a parametric 9 band eq that gives you the liberty to customize frequency. Last but not least, it has both HDMI input and output and has pleasing visuals.

Another audio product giant, Pioneer is the go-to option for music enthusiasts. The feature that stands it apart is the wireless Apple car play and android auto. The model which is in discussion right now is Pioneer DMH-W4660NEX.

One of the upsides of it is that it is small in size and can be fitted anywhere. Other than that, it has a built-in Alexa which will allow you to make calls and all with just voice commands. Plus, it also has HDMI input. Although this system is perfect in all aspects, it is not found easily in the Pakistani market. For that, you can import it directly and there are many service providers that do that.

JVC KW-M865BW is for people who have an aesthetic sense. It is due to its sleek design. There is a 6.8-inch touch screen which is very visually pleasing to the eyes. The unique thing about this android car stereo is that it has a 13 band equalizer and time alignment adjustable crossover. Apart from that, it has 4 camera inputs with video cable input included. It is an expensive system however every penny spent on it is well spent.

There are many options available in the Pakistani market. Every system has its own pros and cons. It is up to you which system best suits you. It all depends on your personal taste in car audio systems.